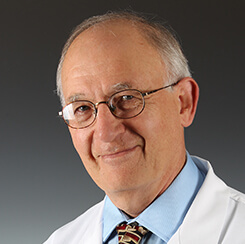 LECTURES AND PRESENTATION OF PAPERS

Neurosurgical Society of the Virginians

"Hearing the Need.... Answering the Call"

Board Review for Head Trauma, February 1992

In Patients with Aneurysmal Subarachnoid Hemorrhage"

"Intraoperative Use of rtPA for Subarachnoid

"Neurological Evaluation and Treatment of Back and Extremity Pain"

Neurosurgical Society of the Virginias, January 16, 1999

Neurosurgery for Parkinsons Disease and Seizures

"Mini Medical School for the Public"

Surgical Treatment of Pain of the Spine

Welcome to the Dark Side:  Challenging Physician Experts in Medical Malpractice Lawsuits

Welcome to the Dark Side II: Reality Check for Medical Staffs in 2005

Diagnosis and Management of Head Injuries

The Spectrum of Instrumentation of Spine Trauma

Anesthesia in the 21st Century conference

Surgery for Brain Tumor in Imagine U.  CAMC Center for TeleHealth broadcast to more than 1000 High School Students October 2009 & 2010

“The Spectrum of Spine Instrumentation”

The Degenerative Spine and its Surgical Management

Diagnosis and Management of Primary Brain

Manuscript prepared for submission to the WV State Medical Journal

Letter to the Editor, Malfunction of Cerebro-Spinal Fluid Shunt

Associated with the Foramen Magnum Syndrome

Clinical Results of Intracisternal Bolus of

Tonsillar Ectopia and Chiari Malformations; A Case of Monozygotic Triplets